Welcome to the Town of Plymouth! 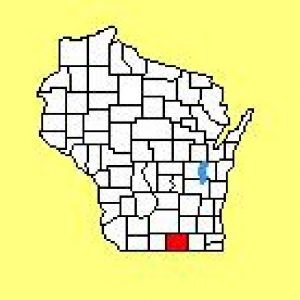 The Town Hall is located south of Highway 11 West, just off  County Road H on High St.  in unincorporated Hanover.  It is the polling place for all elections as well as the location for all Town meetings.

Public notices are posted in the Town of Plymouth at the Plymouth Town Hall and on this official Town Website.

Town Board
Meetings are on the 2nd Tuesday of the month at 7 p.m. at the Plymouth Town Hall.

Planning and Zoning Committee
Meetings are on the last Tuesday of the month at 7 p.m.. at the Plymouth Town Hall.

In 1836 James T Watson, real estate agent from New York City, bought a large tract from the government that included all or parts of the present townships of Center, Plymouth, Magnolia, and Spring Valley.  Because Mr. Watson was unmarried, the area was known as Bachelor's Grove.
In 1841 David Douglas, Stephen C. Douglass and Samuel Colby who arrived with their families from Michigan settled near one another on the banks of Bass Creek, near the present site of Hanover. Hanover, in the Town of Plymouth, at the junction of the Chicago, Milwaukee & St. Paul Railway and the Chicago & Northwestern Railway, was first located by Joseph Hohensheldt in 1844.

Town of Plymouth was organized by an act of Territorial Legislature on March 8, 1848 and the first town meeting of Plymouth was held on August 28, 1848. The population of the Town of Plymouth in 1850 was 511. There were two railroad lines passing through the town, crossing at Hanover Station on Bass Creek. In 1856 a post-office was established with William Ranney as the postmaster. The first freight was received at Hanover in Sept. 1857.  The original name of Hanover was Bass Creek. It was changed by John Higgins, owner of the town site, to honor his German neighbors, some of whom had come from Hanover Township in NE Pennsylvania.

Source: Rock County, Wisconsin by William Fiske Brown and A. A. Jackson

Weather in Town of Plymouth